Developer Rare has released the Season One update for Sea of Thieves that adds in a seasonal progression system that lets you earn renown and unlock up to 100 rewards.

Along with a variety of new content in the game for players, Sea of Thieves now supports 120 frames per second on the Xbox Series X, which will lower the resolution to 1080p. The patch notes do warn that some TVs do not support 120 fps and HDR at the same time, so you might need to disable HDR from the console settings.

The Season One update also fixes a number of issues with the game. This includes improvements to gameplay, the Pirate Emporium, Mysterious Notes, Tall Tales, the environment, and more. 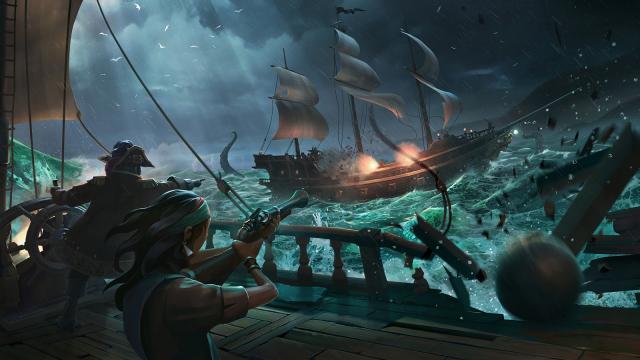 Read the Season One patch notes below:

We’re making it easier than ever to get rewarded for charting your own course and living the pirate life. Dig in below to find out how to earn Renown and make swift, clear progress over the three months that make up Season One – and what you can expect for your efforts!

Another permanent Voyage type comes to Sea of Thieves in Season One, providing a new way to build your reputation with the Merchant Alliance. They need pirates to recover lost Cargo Manifests and shed light on the fate of the crews, and they’re ready to pay well...

For those seeking something a little more focused than the intentionally wide-ranging Trials, each month of a Season will bring a new time-limited in-game Event offering its own rewards. See what's up first alongside some of your favourite recurring Events!

To learn more about known issues in Sea of Thieves currently being tracked and their status, head over to our Known Issues support site article.